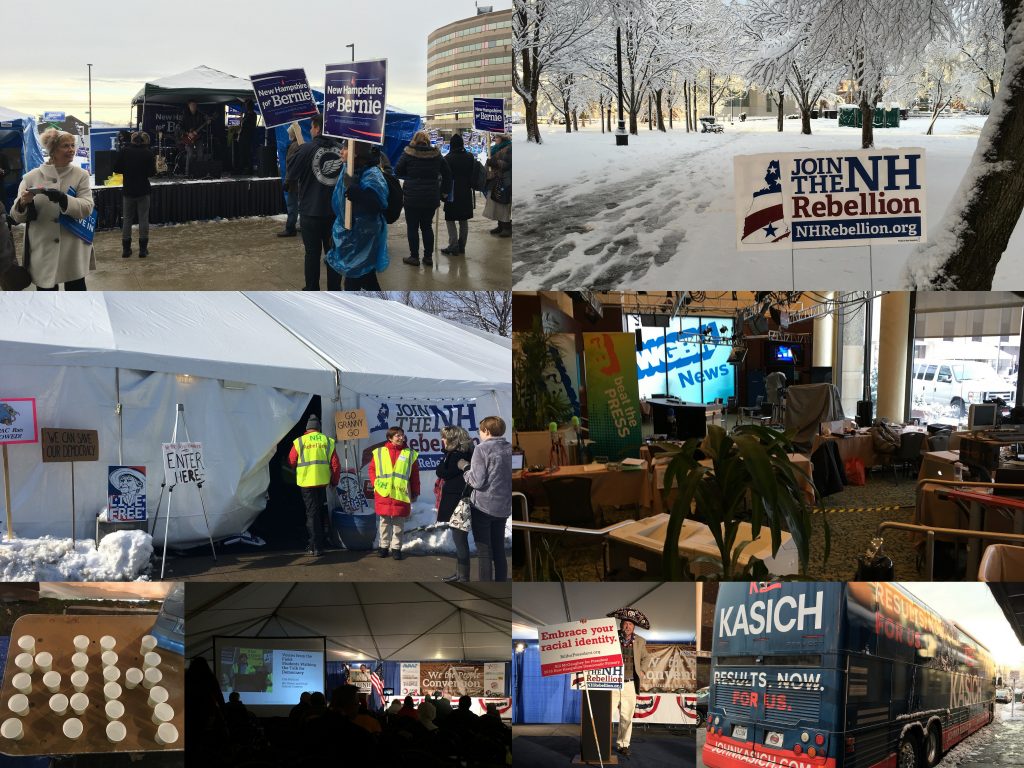 A couple of weeks ago I drove up to New Hampshire in the thick of its presidential primary. I traveled there to volunteer for the “We The People” convention – focused on throwing a spotlight on the role of money in our political system – and to generally take in the this special moment in our democratic process.

As I reflect on my time on the ground, a few thoughts come to mind:

On the topic of “money in politics”:

For the first time since (maybe) grade school, while on this trip I skimmed through the US constitution. What a neat and thoughtful set of rules for governing ourselves. As I think about this presidential election, and the focus on the role of moneyed interest groups in particular, I wonder where this (sometimes very angry) debate ultimately will lead.

I’m hopeful in the direction of a thoughtful process that results in every American having a stronger voice, irrespective of social status or party affiliation. That this debate is merely part of a long American tradition — from abolition to women’s suffrage – of taking back the spirit of the constitution and advocating for changes in the pursuit of “a more perfect union.”

And I also remember that systems are hard to change for a reason. I remember what happened in Tunisia, when that system didn’t bend to the will of an increasingly frustrated people, and ultimately collapsed in spectacular fashion.

Here’s to our better angels succeeding. And the playing out of a process that leaves us better for it.

As Tunisia celebrates a historic democratic election, its emerging political parties have learned that overcoming decades of authoritarian rule requires starting small, and slowly building trust. This summer we followed one of Tunisia’s emerging political parties – Afek Tounes – as it journeyed into the city that sparked the Arab Spring, and learned this lesson first-hand. Created in collaboration with Jonathan Schienberg and Rabiî Kalboussi.

How does an unemployed youth — disenfranchised under a corrupt dictatorship — find voice and purpose in the months after a popular revolt? What does a community learn about itself – and those around it – as it engages in direct and honest conversation for the first time? How does a government negotiate letting its citizens speak their mind, and create a stable and functioning society?

In the wake of the Arab world’s first successful overthrow of a dictator, and through the personal narratives of strangers I have yet to meet, I’ve arrived in Tunisia to find out. Over the next three months I hope to share a few stories from the wake of the Arab Spring — that hot, foggy space between revolutions and institutions.