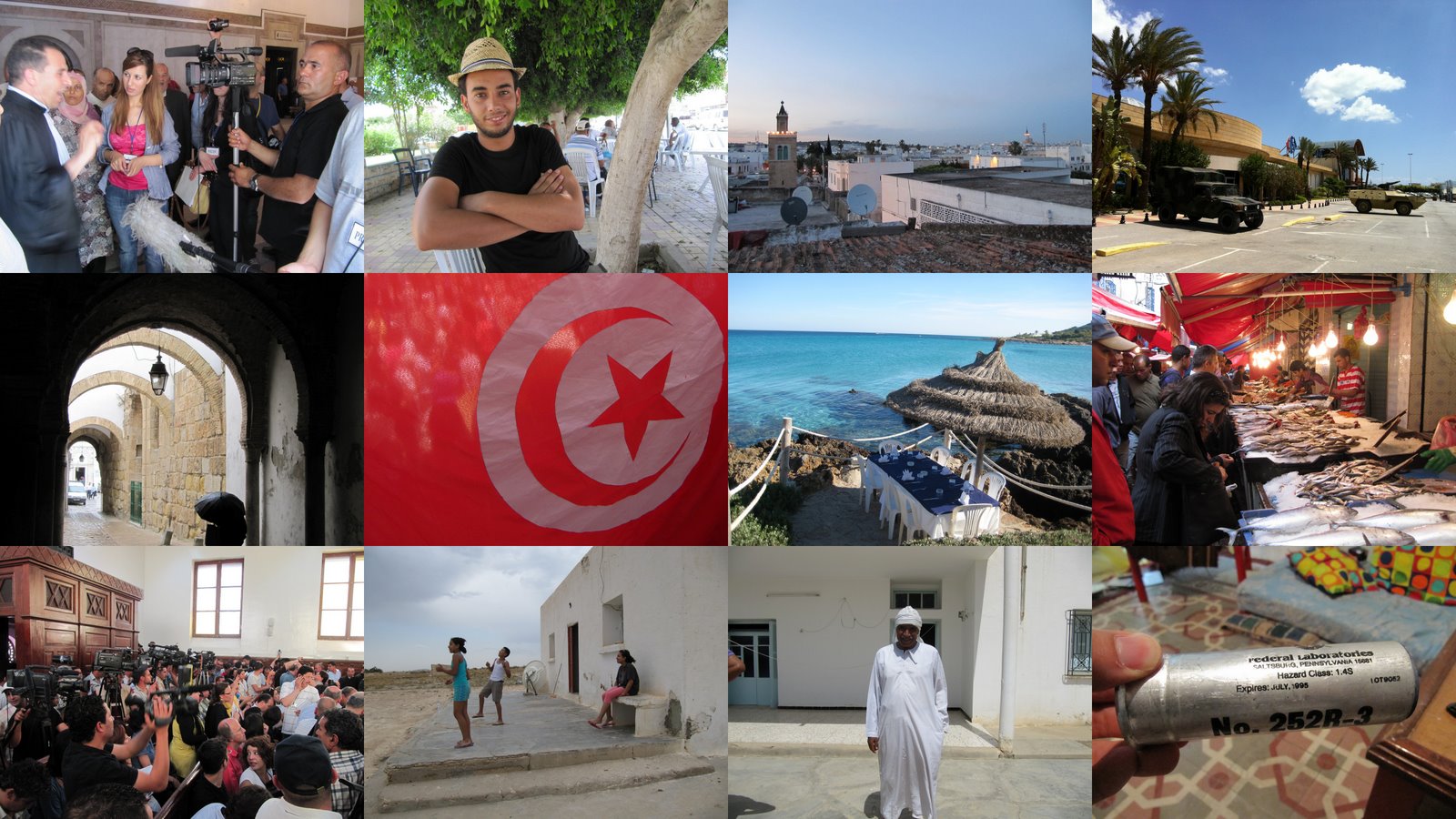 From streetsweepers to rappers to activist bloggers my TunisiaLive colleague Asma Ghribi and I hit the streets of Tunis to get peoples’ perspectives on Tunisia’s new information freedoms.

rows of green vine stitched into the ground
an unsteady wind hollows out bones
leaving them ringing a cold fear
the grey undercoat of a Peugeot sedan sparkles in blunt sunlight
as it rides a rail of intention, reaction
through a countryside freeze-dried by revolution

the countryside
light, blocky, its capillaries stretch to wick up
moisture from the backs of beasts who pass through it
its verdancy sticking to hulking bodies like a fresh pollen
like marrow extracted through centrifugal force
and spread over the smooth elbow of a baguette
forward, another dawn in Tunisia

How does an unemployed youth — disenfranchised under a corrupt dictatorship — find voice and purpose in the months after a popular revolt? What does a community learn about itself – and those around it – as it engages in direct and honest conversation for the first time? How does a government negotiate letting its citizens speak their mind, and create a stable and functioning society?

In the wake of the Arab world’s first successful overthrow of a dictator, and through the personal narratives of strangers I have yet to meet, I’ve arrived in Tunisia to find out. Over the next three months I hope to share a few stories from the wake of the Arab Spring — that hot, foggy space between revolutions and institutions.